It was almost a higher plane of existential dread. After being shut out by David Rittich and the Calgary Flames in a battle of the backups Monday, the Toronto Maple Leafs almost suffered the same fate once again. William Nylander, however, had other plans – snapping Toronto’s drought in the closing moments and pushing them to their fifteenth win of the season.

Once again, we’ll fast forward to where the action is in this game, and.. that’s going to take a while. A long while. While the Leafs outshot the Flames in all three periods, including limiting Calgary to just three shots in the third period, they had little to no luck turning that into useful momentum. Even four consecutive powerplays weren’t enough to push the tide in their favour, as the man-advantage unit – shuffled, stacked, and everywhere in between – failed to muster up much in the chance department.

With four minutes to go in the third period came potential heartbreak. Pierre Engvall broke away from Andrew Mangiapane to try to help Travis Dermott with a board battle with Elias Lindholm, leaving the forward open. Lindholm won the battle, found Matthew Tkachuk, who found Mangiapane, and while William Nylander had come in towards him and attempted a stick lift, he wasn’t close enough to create any meaningful prevention, as 88 in white buried the game’s first goal past Michael Hutchinson.

As it turns out, 88 in blue wasn’t going to let that be the end of it.  With a minute and a half to go, after Lindholm had hit the post on an empty net opportunity, the Big Four, Zach Hyman, and Morgan Rielly went to the counter attack. A shot towards the goal turned into chaos, and after several hacks by a myriad of players were unsuccessful, a sprawling Nylander tucked home the equalizer, ending 118 minutes of shutout hockey by David Rittich. This was enough to force overtime, and a little more than a minute into the 3-on-3 spectacle, Nylander threw a pass up to Matthews, who set up a drop for Nylander, who burned by Sean Monahan and went roof on Rittich to end the game in Toronto’s favour. 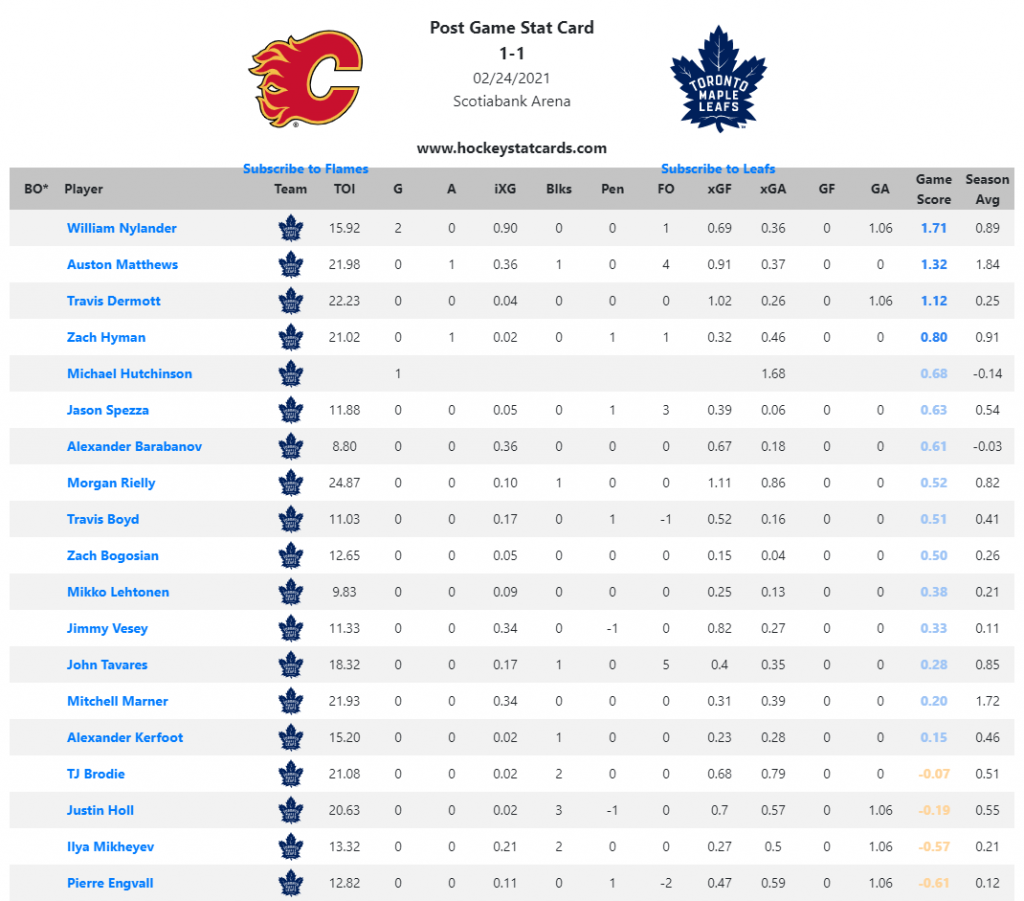 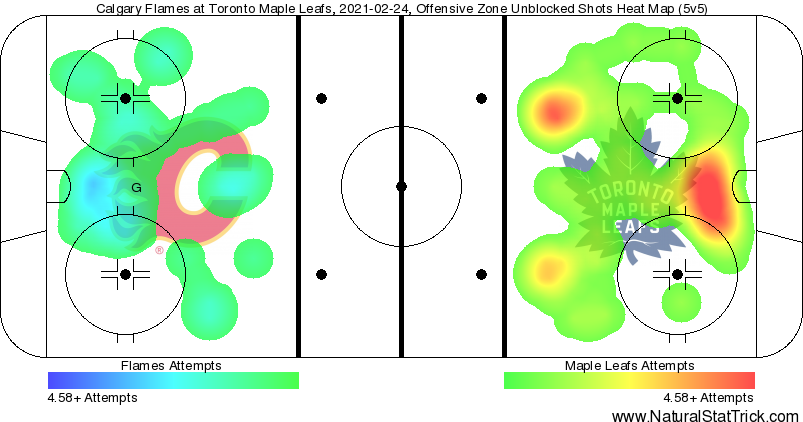 Maple Leafs bring back Jason Spezza on another one-year deal